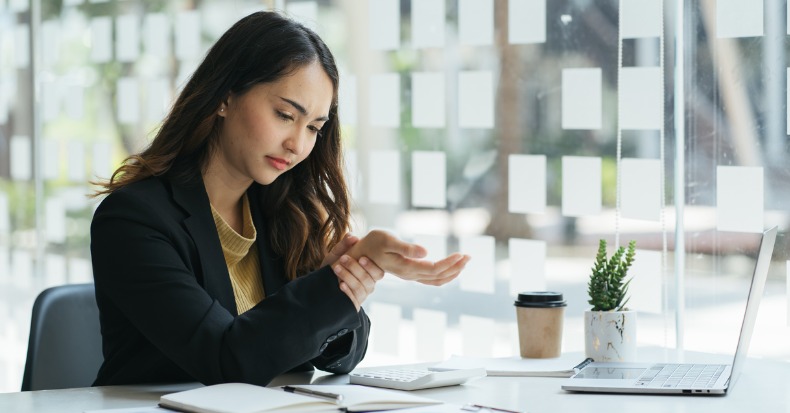 When it comes to a condition like carpal tunnel syndrome (CTS), we often look at it from the standpoint of risk factors, potential causes, and treatment options. However, there’s a perspective that’s often overlooked: the experience of the patient as they navigate the process from diagnosis to treatment outcomes. In a 2022 study, researchers conducted in-depth interviews with eighteen female patients with CTS and identified four main themes:

Delayed treatment and slow diagnosis: The women noted that they delayed seeking treatment in hopes their pain and other symptoms would go away. Once they sought care, they found the testing process to be slow, especially if it included referral to a specialist, like a neurologist. One patient was told the diagnosis wasn’t clear, which left her confused and unhappy.

Non-surgical options: Once the diagnosis was made, the only treatment offered to those with severe CTS was surgery. In less severe cases, participants utilized conservative treatments including night splints, medication, injections, stretching, and physiotherapy. Both primary care physicians and specialists recommended nocturnal splinting; however, several of the patients had already tried wearing a splint at night on the recommendation of a friend, co-worker, or pharmacist before they scheduled their initial consultation.

Desire to avoid surgery: Regarding surgery—although it was the most frequent option offered by specialist physicians—many of the interviewees rejected it because they did not receive assurance their hand/wrist would function properly after surgery or that it would yield a complete resolution and they wouldn’t need additional surgeries.

Clinician conflicts: Several of the women reported conflicts with their doctor with complaints including failure to listen to their needs or questions, limiting treatment choices to either accepting or rejecting surgery, not offering non-surgical options, and inadequate time to discuss their situation.

Of note, a systematic review that was also published in 2022 on the patient-chiropractor relationship included 30 studies and found that both doctors of chiropractic and patients consider a strong working alliance as a key factor in the treatment journey!